Was the meeting between Ms. Nancy J Powell, ambassador of the United States to India, and Mamata Banerjee, Chief Minister of Kolkata, on February 21 cancelled deliberately to earn confidence of Muslims across the state before the upcoming Parliamentary election once more? The question may seem unlikely to many but happens to be the most discussed issue in the state’s political arena at the moment and such reflections are being found in Delhi too. 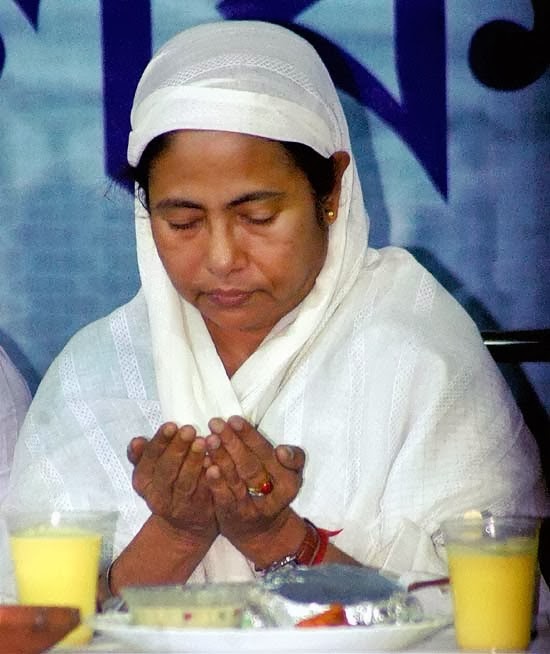 According to sources, it was a calculated act; the decision was taken by the Chief Minister and her confidants both within Trinamool Congress and Bengal Government and the sole purpose was to go on with cordiality with Muslims in the state.
It is also a reality that a few influential Muslim groups in Bengal asked the Chief Minister to skip the meeting with US ambassador on February 21 even if it had been settled a week before. On the word of critics, the request was a veiled threat and any failure in this would have displeased Muslims in the state.
It has come to knowledge, Ms. Nancy J Powell had sought this appointment following her meeting with Narendra Modi on February 13 but she had to remain content with meeting M K Narayanan, Hon’ble Governor of Bengal, and a few schoolchildren on February 21. However, this, as usual, has been termed by the Government as a fiction of imagination. But they have gone wrong in another sphere too – albeit they refute any compulsion in calling off the appointment with US ambassador, Muslim organizations in Bengal are simply elated at this decision of their beloved Didi. 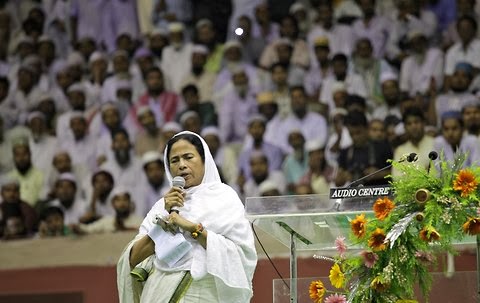 Take for example Mohammad Quamruzzaman, general secretary of the All Bengal Minority Youth Federation and also a fast emerging Muslim leader in the state. He, while talking to press and media, claimed the development as a success of Muslims and stated that he all-alone had sent an email to the Chief Minister’s Office a few days back urging her to deflect the planned meeting with the ambassador of United States, worst enemy to Islamic Ummah.
When asked by representatives of press and media, Mohammad Quamruzzaman was found to say, ““This is a historic decision by our chief minister.” “We are happy that she has always seen the interest of her minority brothers. We sent an email to her on February 17 requesting her not to hold any meeting with a representative of a war-mongering country like America. And today we saw that she did not disappoint us. This is a good decision. Before the general election, minorities would never like the chief minister to meet people from the US.”

He also added, “She has in fact never disappointed us.” “When controversial author Salman Rushdie wanted to visit the Calcutta Book Fair, we requested her not to allow him into the city. We also appealed to her not to allow a television show based on a story by Taslima Nasreen to be aired on a Bengali channel recently, and it was taken off air,” he said.
Moulana Noor-ur Rehman Barkati, influential Shahi Imam of Kolkata’s Tipu Sultan Mosque, was also found to reiterate this claim. He said, “After I came to know about the likely meeting, I advised Mamataji not to talk to representatives of America. It would have sent a wrong signal to the minority community. Mamata took a bold decision. She will get the results in the general election. She will secure maximum votes from the minorities.”
It must be mentioned that the obligation of a US ambassador is to negotiate a treaty and apart from other trivial jobs, his/her duty is to represent the interests and policies of United States. What makes any European country and also United States interested to Bengal is the latter’s geographical position along with potentials for development. 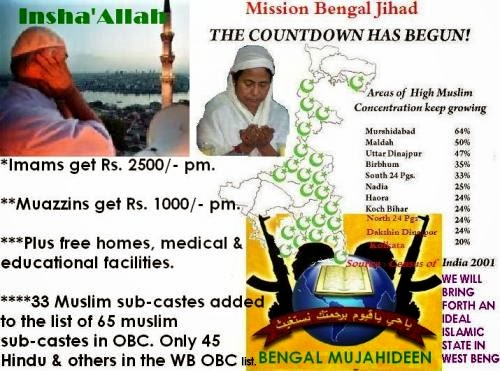 It seems Bengal has missed the bus of development again; the urge to placate Muslims is more now.
Posted by Mridul Nandy at 11:31